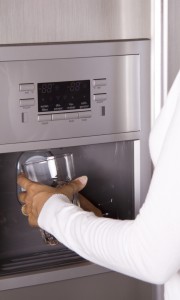 Earlier this year, Los Angeles began replacing the chlorine it had used for decades to disinfect its drinking water with chloramine. The reasoning behind the change is two-fold: first, chloramine is more effective as a disinfectant over longer distances; second, chloramine is less likely to be the culprit behind the creation of potentially harmful Disinfection Byproducts (DBPs.)

While its use is becoming more of a discussion point, chloramine, a combination of chlorine and ammonia, has actually been in use throughout several municipalities for decades. If you live in Denver, in fact, chloramine has been used to disinfect your drinking water since 1917.